The oil level sensor of a certain model is a reed switch type structure, and the sensor gear position failure is manifested as no reaction of the oil gauge pointer below 3/4 gear. After investigation and test analysis, the cause of the failure is to adjust the mounting angle of the PCB when the sensor is produced. However, at this time, some protective resin is filled between the PCB and the outer plastic tube, the resin hinders the twisting of the PCB, and the external force is applied to the reed switch. The reed switch is damaged in 3/4 gear. After a certain period of use, the reed cannot be disconnected. The maximum output resistance of the sensor can only reach the resistance of 3/4 gear, so the oil gauge pointer is in 3/4 gear. There is no response below the bit. In order to avoid such problems, the outside of the PCB board is no longer filled with resin, and both sides of the PCB board are protected by a sealant and a rubber seat.

A certain type of oil level sensor has a fault phenomenon on the whole vehicle. The specific performance is that the oil gauge pointer has no response below 3/4 gear, that is, the oil quantity decreases and the pointer does not move. The pointer can swing normally above the oil meter 3/4 gear. The same fault occurred on 3 cars and the sensors were in the same batch. 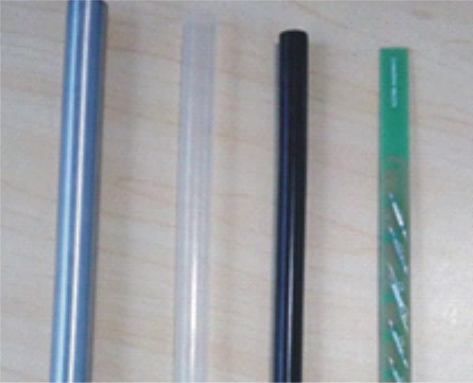 Before the reed pipe is welded, the pin needs to be bent by 90° in a straight line. After the pin is bent, it is inserted into the PCB board hole for welding. The state before and after the pin is bent is shown in Fig. 4. The bent pin generally uses special tooling, and the tooling has a groove and magnetic, which can prevent the reed switch from being displaced when the pin is bent, and avoid the reed switch when the corner is broken, even if the reed pipe is damaged, after welding It will also be discovered during the test. During the inspection at the production site, a batch of reed switches were randomly bent. After testing, the performance of the reed pipe was up to standard.

When reviewing the sensor production record, it was found that the batch of faulty parts was adjusted during installation to adjust the mounting angle of the PCB board in the casing. This is to make the reed switch away from the pump core and reduce the interference of the magnetic field on the reed switch. When the angle of the PCB is adjusted, the lower part of the PCB has been filled with resin, and the resin has gradually solidified. At this time, the PCB board is distorted by external force, which may cause damage to the reed switch. When disassembling another faulty part, it was found that the PCB board was obviously distorted. As shown in Fig. 5, the failure occurred in the 3/4 speed because the torsional deformation was the largest. 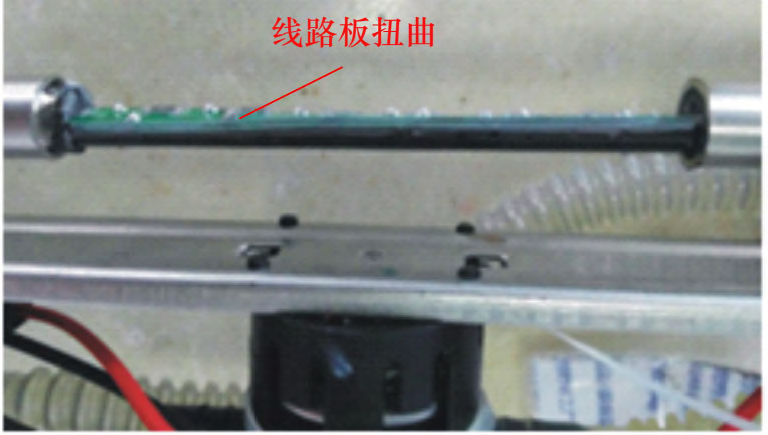 To verify the speculation, a normal PCB board is artificially twisted at a certain angle, and then the PCB board is connected to the oil gauge and placed in the electromagnetic coil. The electromagnetic coil closes the reed switch at a frequency of 10 times/min. After 8 hours, the sensor The maximum output resistance is 29 Ω, which is consistent with the faulty part of the vehicle.

The oil level sensor fails after the PCB board is twisted and used for a period of time because the reed gap is reduced. When the magnetic field of the oil float makes the reed switch at the time of opening, the arc discharge is easily formed, and the discharge spark heat causes the reed to touch. After the sticking, the 3/4 retaining springs are stuck, and the following gears are invalid.

The function of filling the resin around the oil level sensor PCB board is to improve the shock resistance and the sealing property. However, when the sensor is faulty, it is not suitable for complete disassembly, which makes the failure analysis difficult, and the resin requires a long curing time and the production efficiency is not high. Due to the need to manually load the PCB into the casing, it is easy to adjust the angle.

Filling the resin causes damage to the reed switch. In order to avoid this problem, the sensor no longer fills the epoxy in the plastic tube, and changes the sealing glue to a small amount at both ends. The sealing glue does not cover the circuit part, and the rubber board is used to fix the PCB board at both ends.

The 3/4 gear of the oil level sensor fails because the mounting angle of the PCB board is adjusted when the sensor is produced, and the reed switch is damaged by the external force twisting the PCB board. After a period of use, the arc discharge between the reeds causes the reed contacts to stick and cannot be broken. On, the maximum resistance of the sensor stops at 29Ω, and the minimum oil level of the oil meter can only be displayed to 3/4.